You Are Not Forgotten: The History of the POW/MIA Flag 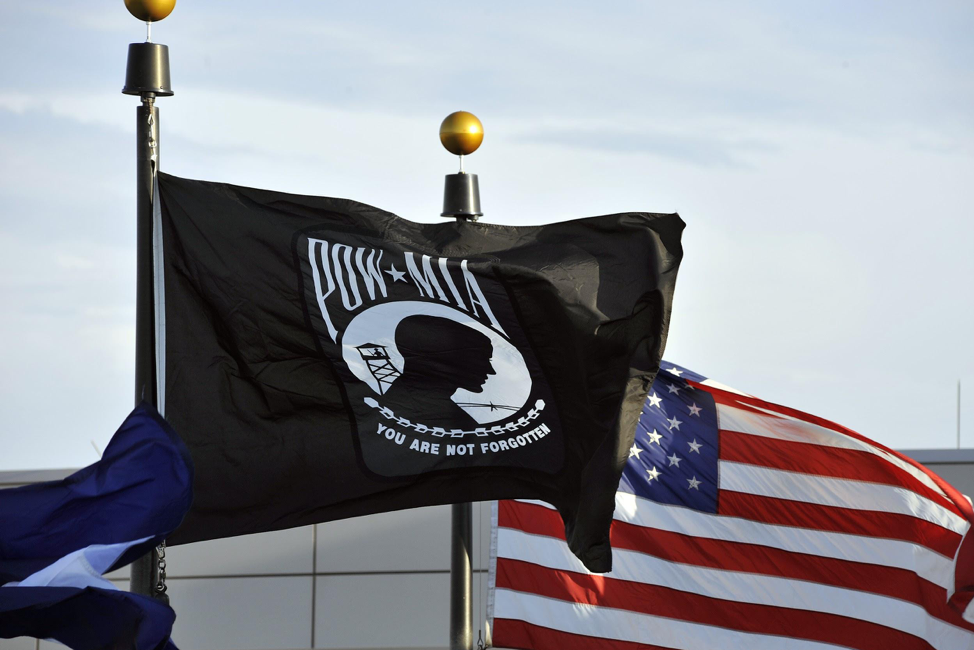 POW/MIA Recognition Day was designated by Congress in 1979 to be the third Friday in September. The day honors the sacrifice made by America’s prisoners of war, those who are still missing in action and their families. While many prisoners of war returned home, thousands still remain missing or unaccounted for.

Though the history of the POW/MIA flag grew out of the Vietnam War, the flag has come to symbolize missing troops from wars from throughout U.S. history. According to the Defense POW/MIA Accounting Agency, more than 82,000 Americans who fought in World War II, the Korean War, Vietnam, the Cold War and conflicts since 1991 are still missing. The day stands as a reminder to Americans to stand behind those who serve, and a promise to families that the United States will account for those who never returned home.

The POW/MIA flag has its roots in the National League of POW/MIA Families, which originated in June 1969 as the National League of Families of American Prisoners in Southeast Asia. The group’s mission was to spread awareness of prisoners of war. In 1971, Mary Hoff, a member of the League, decided a flag would be the group’s symbol. Mary’s husband, Navy pilot Lieutenant Commander Michael Hoff, had been missing in action since January 1970. She called Annin Flagmakers, the United States’ oldest and largest flag-maker, about producing the flag.

From there, Norm Rivkees, Annin’s vice president of sales, turned to Hayden Advertising to design the flag, which is where the assignment finally landed with graphic artist Newton F. Heisley (who served in World War II and came home from the war with a Bronze Star).

Heisley initially had three designs but chose the one recognized today, with the profile of a gaunt man and a background of a guard tower and barbed wire. He also developed the words that would be stitched on the flag, “You are not forgotten.” When production of the flag began, Heisley was still working on the design and had planned to add color, but the ideas were dropped.

As told to the Colorado Springs Gazette in 1997, Heisley said he never foresaw the flag getting the national attention it received. The flag’s notoriety came in 1982 when it became the only flag other than the American flag to fly over the White House, after being displayed for POW/MIA Recognition Day. The flag was later installed in the Capitol Rotunda in 1989.

Historians believe the flag also has the distinction of being the only non-national flag that any federal government has mandated to fly regularly. This mandate began in 1990 with a law to designate the National POW/MIA Recognition Day as the third Friday of September, as well as recognize the flag.

According to the 1998 Defense Authorization Act, the POW/MIA flag is to be flown at certain federal buildings on:

At both the National Cemetery and the National Prisoner of War Museum, the POW/MIA flag is displayed as a symbol of our country’s mission to share the story of prisoners of war.