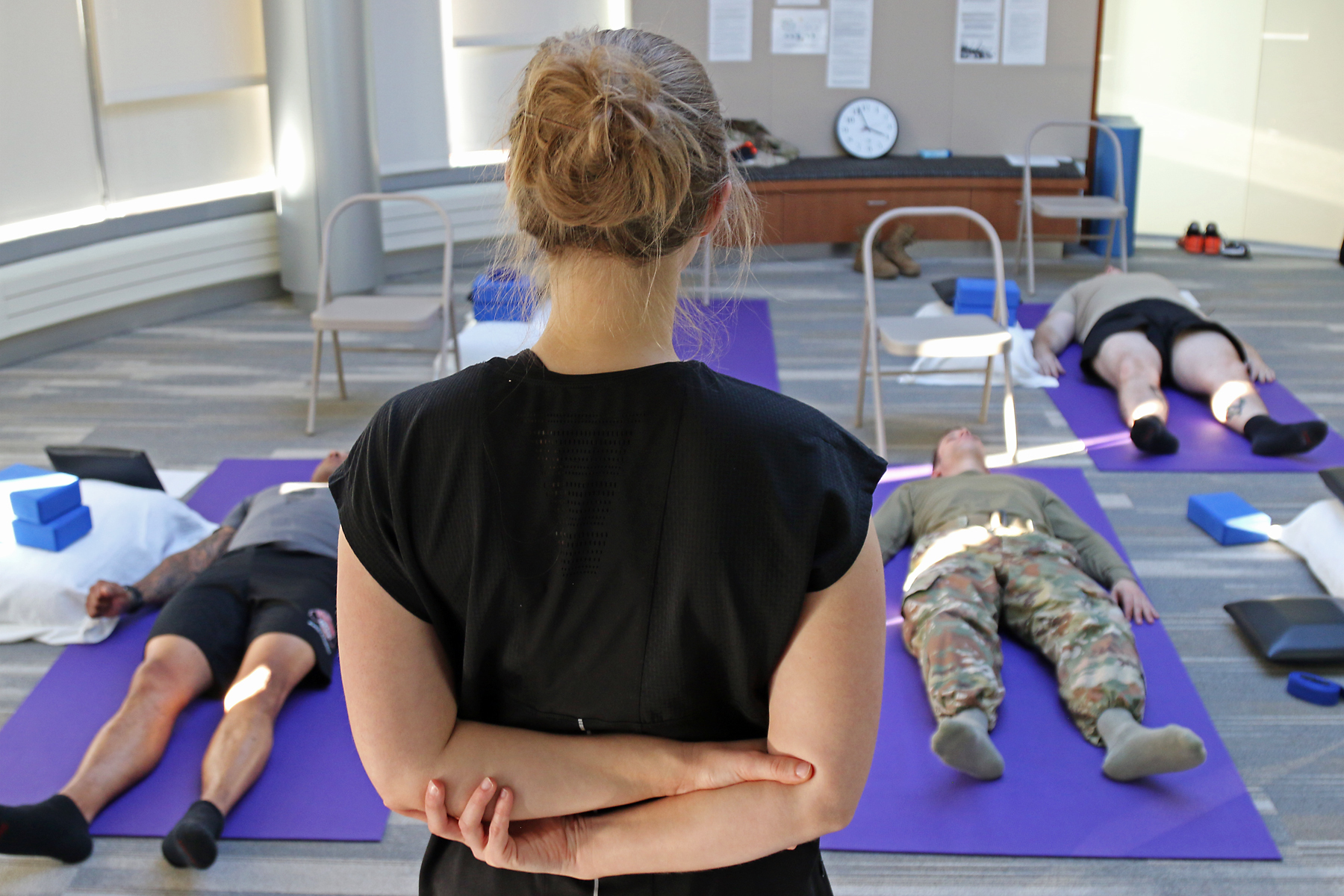 Defining yoga is a bit of a process in its own right. Some consider it a workout or a practice, while others call it a discipline. Yoga’s origins date back to India, nearly 26,000 years ago. It is a system that combines physical, mental, emotional, and spiritual well-being. In recent years, yoga has become a pillar of recovery from the invisible wounds of war: traumatic brain injury (TBI) and post-traumatic stress (PTS). Why? Because yoga’s unifying system can help treat the effects of these invisible wounds.

Every brain injury is different, therefore yoga’s role in recovery can vary from one case to the next. TBI symptoms such as struggling with focus and emotions can be addressed through the meditation aspect of yoga. One study found that meditation through yoga not only improved the memory and focus of TBI patients, but also reduced anxiety, frustration, and irritability–all common effects of a traumatic brain injury. Furthermore, yoga has been shown to reduce stress and improve sleep in military TBI patients.

Studies being done since the early 2010’s attest to the impact yoga has on those suffering from Post-Traumatic Stress as well. The effects of PTS include nightmares, flashbacks, anxiety, depression, and hyperarousal (or feeling ‘on edge’). As one publication put it, Post-Traumatic Stress is essentially the body’s nervous system “freezing”. It’s been shown in studies that yoga can help alleviate PTS symptoms and “unfreeze” the body’s nervous system. Yoga’s impact has also been studied in service members fighting PTS. According to one study from 2014, the service members who practiced yoga demonstrated fewer symptoms of PTS than they previously did.  The benefits of yoga have been very well received in the military community. Beyond PTS treatment, there is speculation that yoga may become a part of the military’s basic training.