They risked their lives for their country. Here’s what California could do for them. 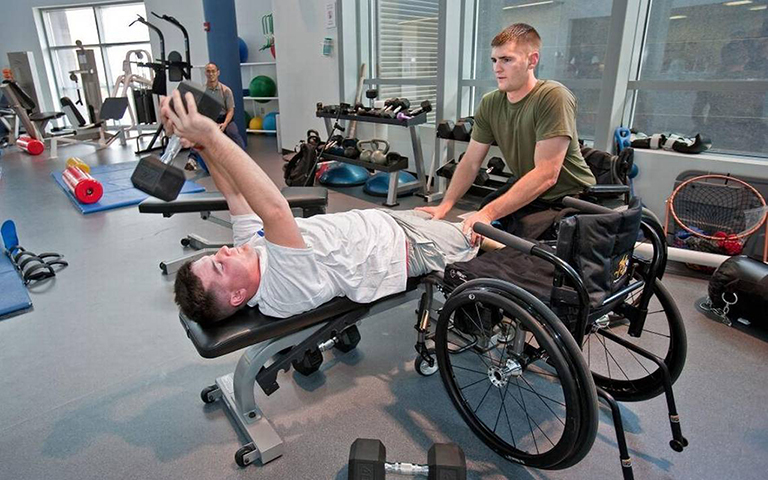 Service members undergo advanced physical rehab at the Center for the Intrepid in San Antonio. Dedicated in 2007, the structure was financed entirely by private donations through the Intrepid Fallen Heroes Fund, which is seeking the state’s help to build a rehabilitation center at Marine Corps Camp Pendleton.

Most Americans have heard about the toll of traumatic brain injury on the military. It is painful to read of the nonstop migraines, sleepless nights, failing memory, uncontrollable rages, persistent and intense anxiety, broken families, lost jobs and suicides during and after service that go with the condition. Since 2001, more than 360,000 military service members have been diagnosed with TBI.

Until recently nothing could reliably be done to relieve suffering. But now, through Senate Bill 197, the California Legislature is moving to assist a public-private partnership that returns 92 percent to 94 percent of active duty TBI sufferers treated to family and careers – with a 50 percent drop in opioid use versus other modes of care.

After the Senate’s recent unanimous approval, it remains only for the Assembly Appropriations Committee to release SB 197 from the “suspense” file, so the entire Assembly, too, can give an official “hurrah” to this visionary initiative.

Over the last eight years, a remarkable not-for-profit foundation has been giving TBI’s military victims increasing reason for hope. The Intrepid Fallen Heroes Fund, in collaboration with one of California’s top brain injury experts and a nationwide team of doctors and researchers, has been transforming the terror of TBI. Working with the military, the fund has led the development of breakthrough treatments. At the same time, it has built dedicated facilities on military bases tailored to implement those revolutionary methods.

The Intrepid Fallen Heroes Fund is little known nationally, but in the early 2000s, working through the armed services bereavement offices, it delivered large, privately raised gifts to families of military killed in the line of duty. After 2005, when Congress started providing substantially larger benefits than previously, the fund began addressing grievous battle injuries.

It paid for, built and donated to the Army the burn and prostheses facility at Brooke Army Medical Center in San Antonio, the Center for the Intrepid. In 2008, the fund turned to TBI and post-traumatic stress. Partnering with military medicine and Dr. David Hovda, director of the UCLA Brain Injury Research Center, it enlisted 24 institutions involved in brain research to take a totally new look at TBI treatment.

Simultaneously, it paid for, built and donated to the Defense Department a TBI and post-traumatic stress research center on the Walter Reed National Military Medical Center campus in Bethesda, Md., outside Washington.

Key to the treatment protocols that were developed was locating rehabilitation close to the patient’s home and family. So in 2013 the fund started to build nine rehabilitation centers on key military bases around the nation.

Called Intrepid Spirit Centers, each facility is within sight of the base hospital. Each is designed down to the shape of walls and color of paint to implement the rehabilitation protocols.

Each is built by the Intrepid Fallen Heroes Fund with IFHF-raised private money. Upon completion, each is donated to the service running the base. In May, IFHF and the Navy broke ground at Marine Corps Camp Pendleton on the seventh of the nine planned centers.

SB 197 would waive the California sales tax on purchases made to build the Pendleton center. For state government, that cost is small, a little over $200,000 – less than what the state might spend on a veteran who, because of TBI-related drug abuse, did not have an honorable discharge, and so was denied VA benefits and on Medi-Cal and public assistance. But for a nonprofit in a race to save more service members, that small amount is huge.

The two senators who introduced SB 197 – Republican Patricia Bates and Democrat Toni Atkins – and their 22 coauthors in the Assembly and Senate understood that pressure. As Sen. Bates said at a recent appropriations hearing, “SB 197 is about stretching charitable dollars farthest and adding additional medical care infrastructure at the lowest possible cost.” That is why the Senate unanimously approved the bill in May.

I know what the Camp Pendleton Intrepid Spirit Center will mean to our warfighters. When I returned from Afghanistan, I was among the first patients at the Bethesda TBI-PTS research center. Involving me as they proceeded, the medical team developed an interdisciplinary treatment plan.

They combined mainstream medicine with nontraditional therapies such as acupuncture, all linked to new findings about the brain. They also involved my family. They saved my marriage and probably my life.

The Assembly Appropriations Committee should move SB 197 out of the suspense file and to the Assembly floor. That way every member of the Legislature will be able to show California’s gratitude to those who have given our nation so much. 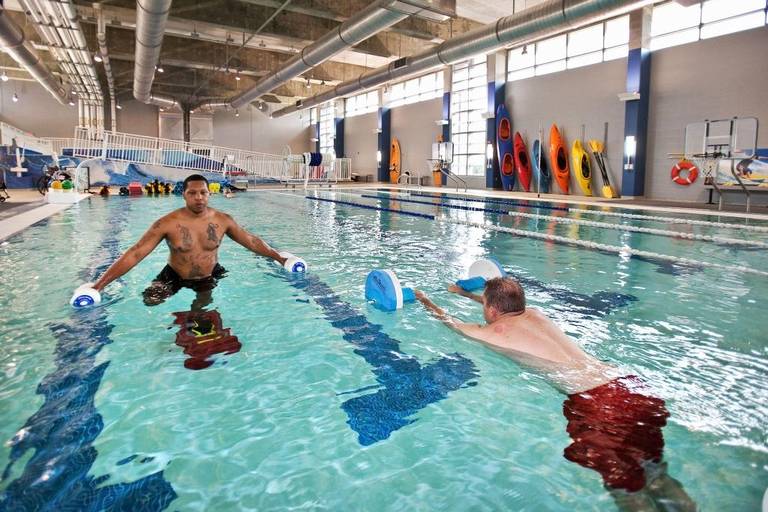 Wounded service members recover at an advanced physical rehab center built by the Intrepid Fallen Heroes Fund at Brooke Army Medical Center in Texas. The fund is seeking a tax break to build a facility at Camp Pendleton.

MAJ. STEVE TAYLOR, USMC (RET.), WAS IN THE MARINE CORPS FROM 1996 TO APRIL 2017. HE SERVED IN IRAQ IN 2003 AND 2006 AND IN AFGHANISTAN IN 2010. IN DECEMBER 2010 HIS ARMORED VEHICLE WAS HIT BY AN IED. TBI SYMPTOMS COMMENCED SOON THEREAFTER. HE WAS TREATED AT THE NATIONAL INTREPID CENTER OF EXCELLENCE IN 2012. CONTACT HIM AT STAYLOR@FALLENHEROESFUND.ORG.