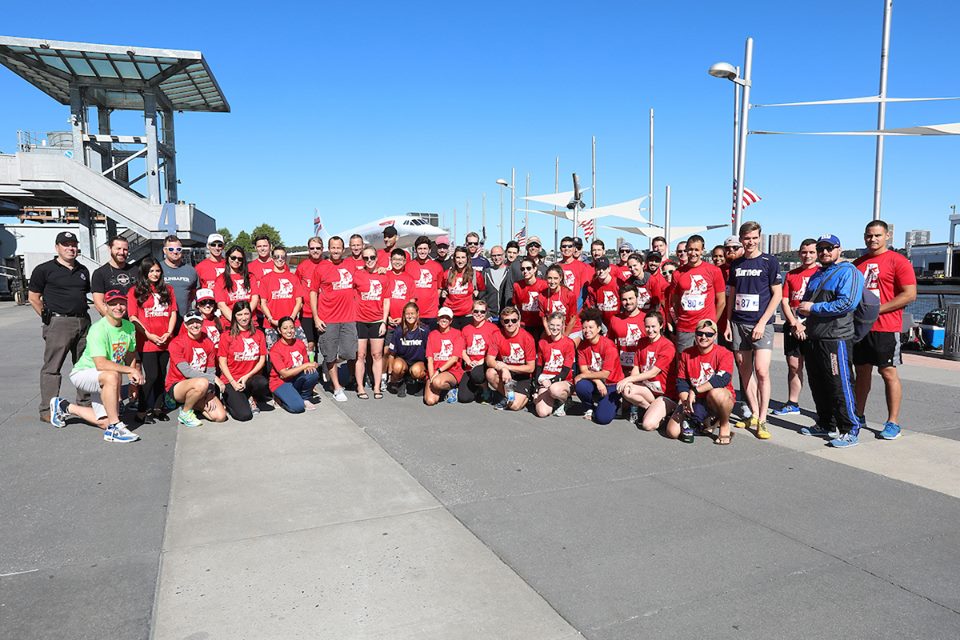 The second annual Relay for Heroes’ running of the 24-hour relay race took place September 9-10, 2017, in New York City with the race starting and ending at the The Intrepid Sea, Air & Space Museum.

More than 80 runners competed in four and eight-person teams, with each each runner completing five miles before tagging in a new member of his or her team. The course for the first 12 hours of the race ran from the Intrepid Sea, Air & Space Museum north to 96th Street and back. The final 12 hours had runners beginning at the Museum but running south along the Hudson River Park to Pier 40, before returning back.

“One hundred percent of the funds we raise can directly impact the lives of the men and women of the Armed Forces, yet our physical efforts pale in comparison to the sacrifice that they have made,” said Winston Fisher, a founding member of TeamExtreme.

The final results from the 2017 Relay for Heroes:

Among all runners, Mike Wardian, a marathon and ultramarathon runner-endurance athlete from Arlington, VA, ran the longest distance, with 55 miles completed for Team Ad Hoc.

“From the two four-person teams battling it out all night to the men and women who had never run before, these runners were committed to pushing themselves further than they had ever pushed before,” said Brian Collins, a founding member of TeamExtreme. “Beyond supporting IFHF, the core mission of TeamExtreme is to get ordinary people to push their physical and mental limits, and I think that we all did that this weekend.”

TeamExtreme is a group of amateur and professional athletes who participate in some of the most challenging events in the world, like marathons, Ironman events and ultra-distance events. However, the team’s primary event is Relay for Heroes, which raises money for IFHF. This year’s race raised more than $300,000. To-date, TeamExtreme has donated more than 2 million dollars to IFHF.

The Intrepid Fallen Heroes believes in supporting our service members who have sacrificed so much for our freedom. TeamExtreme has a similar passion for making a difference in the lives of others, and IFHF is honored to have the group’s support in hosting the Relay for Heroes.

The funds raised by the race support IFHF and the organization’s campaign to build nine Intrepid Spirit centers at military bases around the country that diagnose and treat service members suffering from traumatic brain injury and psychological health conditions. Intrepid Spirit centers are currently operational at Fort Belvoir, VA; Camp Lejeune, NC; Fort Campbell, KY; Fort Hood, TX; and Fort Bragg, NC; and two others are being constructed at Joint Base Lewis-McChord, WA and Camp Pendleton, CA. Two additional centers still need to be built. Each Intrepid Spirit center spans 25,000 square feet and is equipped with the latest in brain technology and treatment facilities.

Sponsors for the 2017 Relay for Heroes include:

Find out more information about the Relay for Heroes here.