Music Therapy in the Military: Retraining the Brain 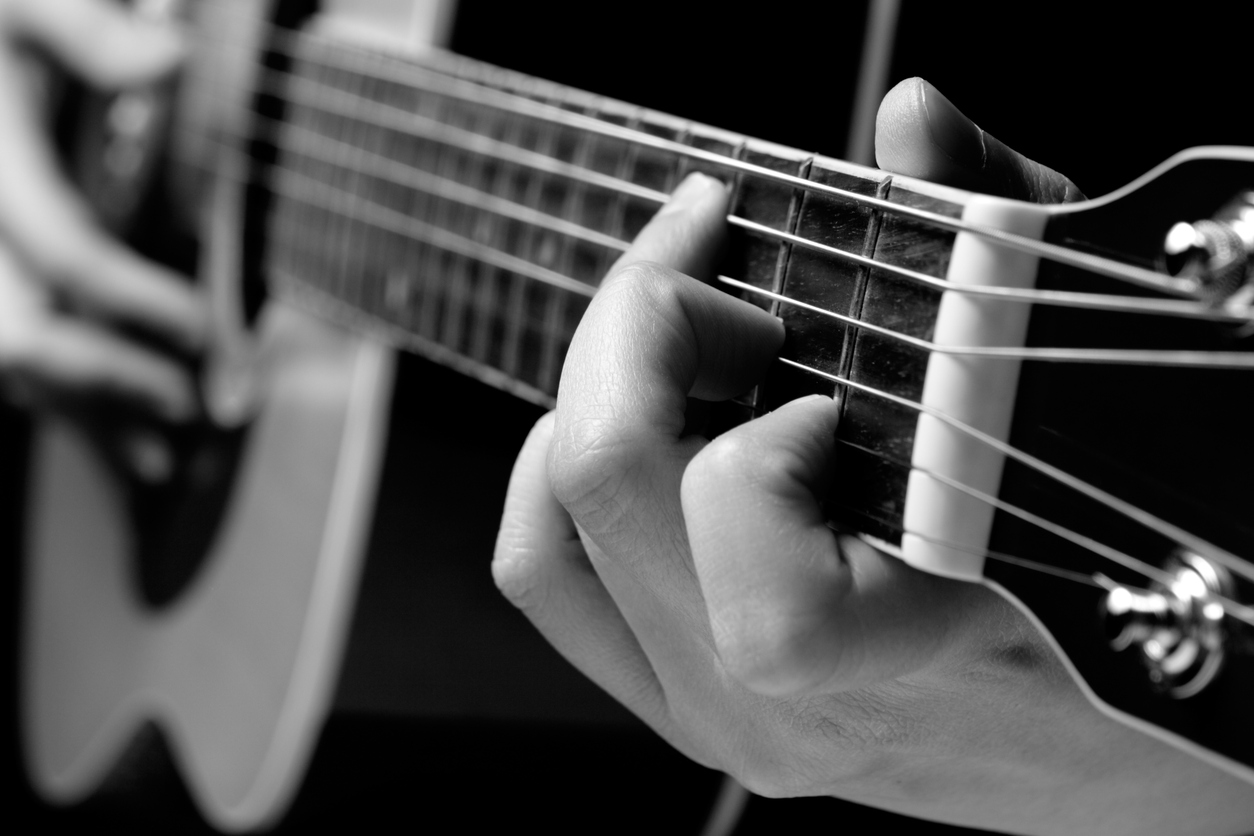 The use of music therapy in the military traces its roots back to 1945, when the U.S. War Department issued a bulletin on a new program using music to rehabilitate service members in Army hospitals. The program provided a blueprint for how music could play a therapeutic and reconditioning role in military recovery.

It is known today that the multiple ways in which music interacts with the brain and the body can be therapeutic for a service member who is rehabilitating from a traumatic brain injury (TBI) or  post-traumatic stress (PTS). Music can create emotional connections, bring individuals closer together through a common bond, be part of learning or remembering information, develop focus, strengthen the lungs, and help a body move in rhythm.

At the National Intrepid Center of Excellence (NICoE), music therapy is one of the many services offered in the facility’s interdisciplinary care model. The center, located at Walter Reed National Military Medical Center in Bethesda, MD, helps service members and their families cope with and recover from TBI and PTS. As part of a four-week intensive outpatient program, the NICoE music therapy program provides active-duty military members treatment that includes diagnostic testing, rehabilitation and clinical work in approximately 26 different disciplines with over 100 appointments while in the program.

In 2016, the NICoE music therapy program helped Marine Staff Sgt. Anthony Mannino cope with PTS after experiencing concussions from a roadside bomb during his deployment in Iraq, and being hit by a truck while stationed in Hawaii. Sgt. Mannino started by learning guitar, which he says helped with his focus. During his treatment, he would go on to perform with his guitar at the NICoE Creative Arts Café, as well as perform a spoken word piece that described his journey through treatment. Sgt. Mannino found music and art to be an outlet to express the frustration and physical and mental pain he was experiencing.

Master Sgt. Mike Schneider was in the Marine Corps for 22 years, and came to Walter Reed National Military Medical Center to rehabilitate from a TBI and PTS in 2013. When he arrived, a section of Sgt. Schneider’s brain wasn’t functioning, but through music therapy he was able to relearn things he lost and experience brain waves refire. He learned to play the piano, ukulele and the guitar, as well as sing. He says that the guitar especially continues to help him in dealing with his PTS. “[Playing guitar calms] my soul, and what I can do, then, is become a better father and a better person in the family, so that I can come and engage, re-engage, in a different manner,” said Sgt. Schneider in an interview with the National Endowment for the Arts.

According to The Dana Foundation, two findings from scientific research on music and the brain stand out.

Support IFHF’s mission to heal our heroes by making a donation.