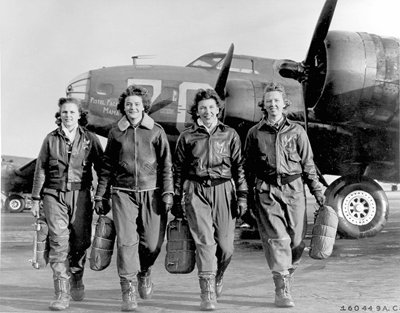 Since the Revolutionary War, women have played crucial roles in the successes of the U.S. Armed Forces. Today, over 200,000 women are on active duty (about 15% of the total), including 36,000 officers. From being cooks and nurses to rising to some of the highest positions in the military, women have come a long way in their military service. Thousands of women have overcome adversity to serve our country, and because March is Women’s History Month, we are honoring five incredible women who paved the way for women in the U.S. Armed Forces.

Deborah Sampson (1760-1827)
Showing immense courage, Deborah disguised herself as a man and assumed the identity of “Robert Shurtliff” in order to serve in the Continental Army during the Revolutionary War. Serving boldly for 17 months, Deborah was wounded in 1782 and honorably discharged.

Mary E. Walker (1832-1919)
Gender discrimination didn’t stop Mary from serving our country. She earned her medical degree and volunteered with the Union Army. Although she was initially turned away, her persistence paid off. In 1864, she rose to assistant surgeon of the 52nd Ohio Infantry before being captured by Confederate soldiers and accused of being a spy. Eventually, Mary was released in a prisoner exchange, and in 1865, she received the Medal of Honor – the only woman to ever receive the award.

Captain Kathleen McGrath (1952-2002)
In 2000, Captain Kathleen McGrath became the first woman to command a U.S. Navy warship. She commanded the 453-foot frigate USS Jarrett with a crew of 262 members. Just 6 years after Congress revoked a rule prohibiting women from serving on combat aircraft and warships, Captain McGrath guided the ship into the Persian Gulf.

Sergeant Leigh Ann Hester (1982- )
Sergeant Hester became the first woman awarded the Silver Star for combat action in 2005. Almost 10 years ago, on March 20, 2005, Sergeant Hester’s squad was ambushed by approximately 50 insurgent fighters with AK-47s and RPGs. She maneuvered her team to safety and killed at least three combatants.

Admiral Michelle Howard (1960- )
Among the military’s highest-ranking women, Admiral Howard is one of only three women in the armed forces who hold a four-star rank. If that’s not impressive enough, she is the highest-ranking African-American woman ever in any branch of the military. Immortalized by the movie “Captain Phillips,” Howard commanded SEAL Team Six in the Maersk Alabama rescue.

The number of women serving our country in the Armed Forces is rapidly increasing. We’re proud of all the incredible women who have served, and we want to honor you this month!