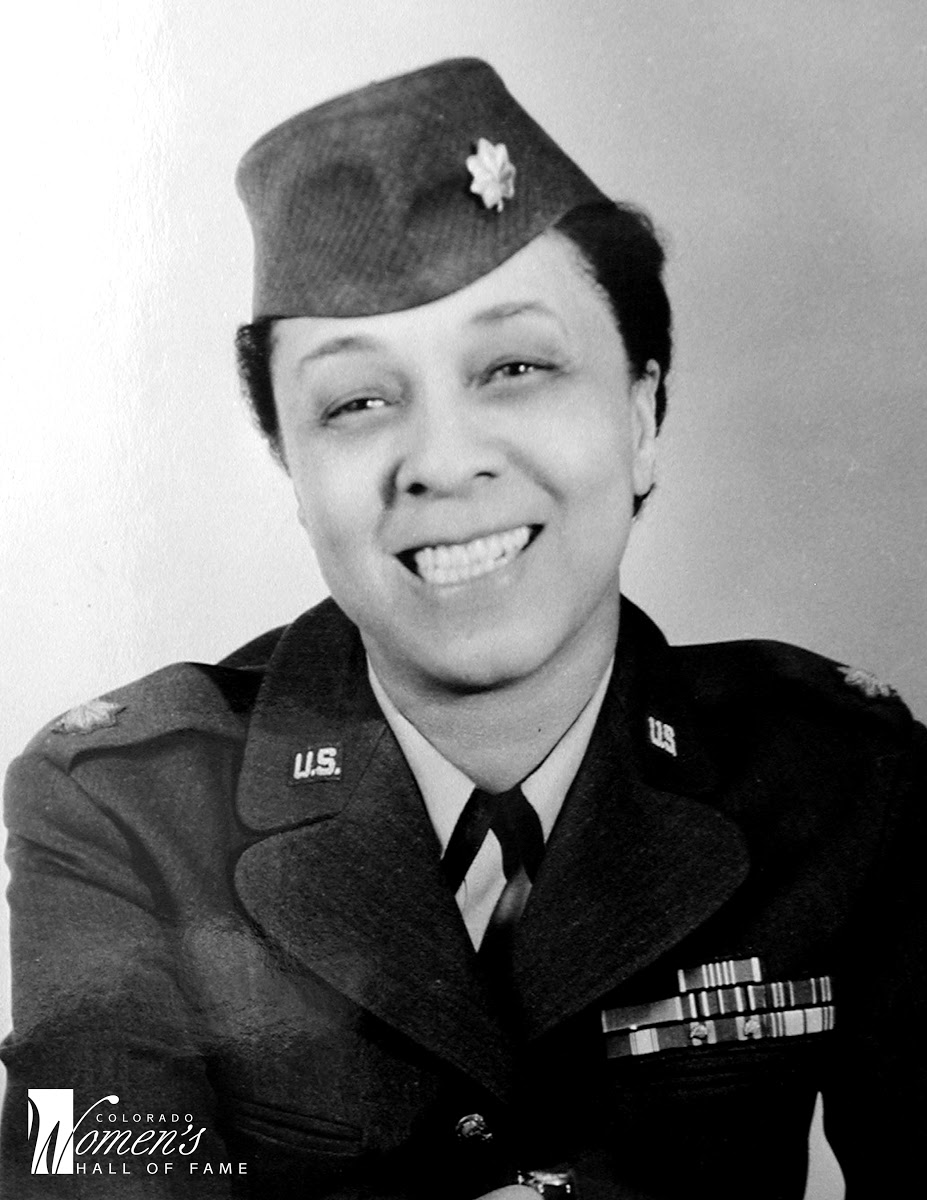 During the World War II era, women were still miles away from being seen as equals. For Black women, that distance was even greater. But for Olea Crain, that was no deterrent. During World War II, 300 women entered officer training in the United States. Only 3 of those women were Black. Oleta Crain became the only Black female officer to complete officer training and be retained by the military after World War II. She used her singular position to raise concerns about segregation, racism, and sexism, while wholly serving her country and rising to the rank of Major.

Born in 1913, Major Crain was born and raised in Oklahoma. She received a bachelor’s degree in social science from Lincoln University, but never stopped educating herself. Later in life she took classes at Harvard University and Cambridge University, and went on to earn an undergraduate degree in business administration, as well as a master’s degree in public administration. After graduating with her bachelor’s degree, Major Crain taught both gym and history, prior to enlisting in the military.

She was inspired to join up after seeing a Women’s Army Auxiliary Corps poster. It wasn’t until after she enlisted that she learned that they weren’t seeking Black women. That didn’t deter her though, and after she completed basic training she applied to participate in officer training. She faced significant segregation as she worked through officer training, but endured the challenges with optimism. When Black women were given separate rooms because they weren’t allowed in the barracks with the white women, Major Crain saw the positive in it: she got to have more privacy. “I seldom made an issue of things like that (during that time),” she was quoted as telling friends.

However, when she rose to be a commanding officer, she made sure her troop was treated fairly. When she was put in charge of her troop’s physical education, it became clear that tactics were being used to bar her troop of Black women from using the pool (which was always cleaned the day after any Black troop used it). Major Crain wouldn’t stand for it, and while demanding fair treatment, succeeded at persuading the commandant to cease the pool’s segregation.

In another instance, she faced complaints from drill instructors. They complained about the women, both in leadership roles and in execution of their drills. According to the drill instructors, women’s voices were too high to give commands, and their steps were apparently too short. But Major Crain silenced critics and taught her troop of women to lengthen their stride and gave her commands in a deeper voice. She was always up to task and adapted to all the challenges that came her way, even when they were rooted in racism and sexism.

After several tours of duty around the world including Alaska, England, and Germany, Major Crain retired from active duty in 1963. The following year, she joined the U.S. Department of Labor in Washington D.C. and spent the rest of her career there. She eventually advanced to a position where she was able to both empower and advocate for other women in the realm of employment rights. She became regional administrator of the Women’s Bureau in 1984, where she worked until her retirement in 1998.

Major Crain lived until she was 94 years old, passing away in 2007. In her honor, her sorority, the Delta Sigma Thetas, named a scholarship in her honor. A community center in Denver was also named in her honor. Her unyielding support for women, and Black women in particular, helped open the minds of her superiors and gain them the equal respect they so deserved.