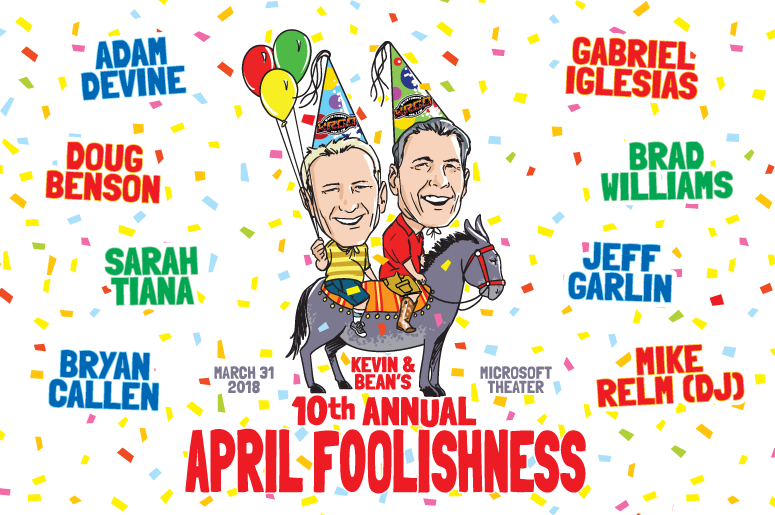 Tickets go on-sale Friday, March 2nd at 10:00 AM PST at AXS.com. Tickets start as low as $30 (plus fees) or ball out and go for the “Goodie Bag” section tickets which includes access to the pre-show VIP party where you’ll hang out with the Kevin & Bean crew and a “goodie bag” with an April Foolishness shirt!

Since the show’s inception, April Foolishness has raised over one million dollars for its charities!

The Intrepid Fallen Heroes Fund serves United States military personnel suffering the effects of a Traumatic Brain Injury (TBI). Supporting these heroes helps repay the debt all Americans owe them for the sacrifices they have made.