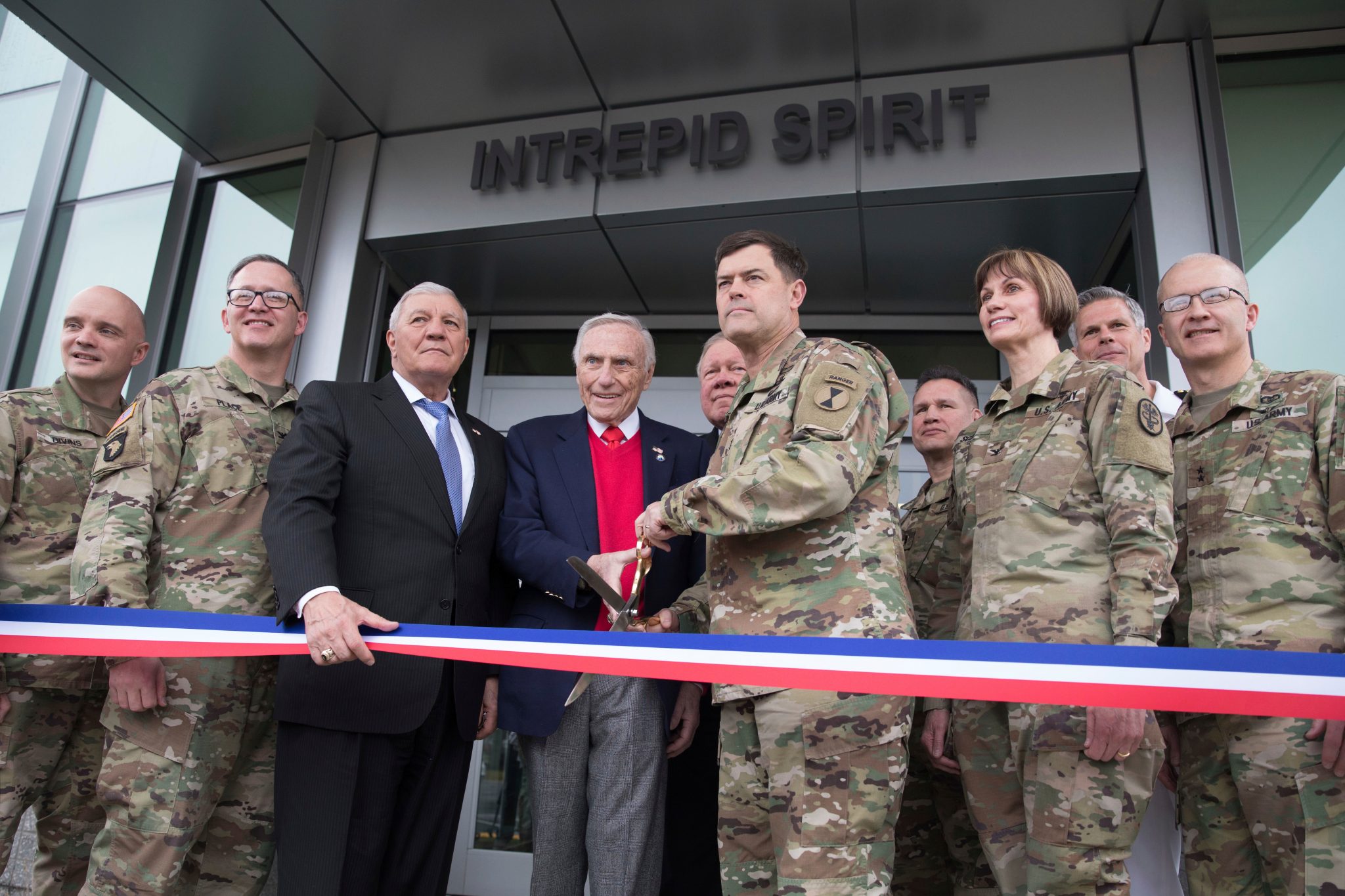 Representatives from the Intrepid Fallen Heroes Fund (IFHF), Joint Base Lewis-McChord, and Madigan Army Medical Center today opened a new Intrepid Spirit center that will diagnose and treat Traumatic Brain Injury (TBI) and psychological health conditions in service members at Joint Base Lewis-McChord, Washington. The facility, which started seeing patients in November 2017, is the sixth in a series of nine centers located at military bases around the country built by the IFHF, a not-for-profit organization and national leader supporting the men and women of the United States Armed Forces and their families. Intrepid Spirit centers currently are operational at Fort Belvoir, Virginia; Camp Lejeune, North Carolina; Fort Campbell, Kentucky; Fort Bragg, North Carolina; and Fort Hood, Texas. The seventh center, located at Camp Pendleton, California, opened earlier this week.

Joint Base Lewis-McChord’s new Intrepid Spirit center cost $12 million to construct and equip with the latest in brain technology and treatment facilities and will span 25,000 square feet. Funding for the project was raised privately through the IFHF.

“This week, the Intrepid Fallen Heroes Fund is proud to open two new Intrepid Spirit centers on the West Coast, one here at Joint Base Lewis-McChord and the other at Camp Pendleton in California”, said Arnold Fisher, Honorary Chairman of IFHF. “Being close to your family and having their support is so important to the recovery process. With these new centers, families will not need to uproot themselves and move across the country to be able to care for their loved ones.”

Fisher added, “We owe our success to the people of this country, their generosity and belief in our dedicated mission to heal the men and women who fight so bravely to defend our nation and its citizens.”

As home to the United States Army I Corps and the United States Air Force 62nd Airlift Wing, Joint Base Lewis-McChord supports more than 40,000 active guard and reserve service members, as well as more than 60,000 family members who live on- and off-base, and nearly 30,000 retired military who live within 50 miles of the base.

Intrepid Spirit centers aim to diagnose and treat service members who suffer from TBI and psychological health conditions with the goal of allowing them to continue their regular service in the armed forces and to ensure their lives can be rewarding at work and at home.

The design and mission of the Intrepid Spirit Centers are based on the original National Intrepid Center of Excellence (NICoE) which opened in 2010 at the Walter Reed National Military Medical Center in Bethesda, MD. Operated by the Department of Defense, NICoE is the most advanced facility of its kind in the country, and is the center of the Armed Forces’ efforts in researching, diagnosing and treating TBI, psychological health conditions and related injuries sustained by military personnel.