How NICoE Saved a Life, a Marriage, and a Family

When the Intrepid Fallen Heroes Fund set out to help address the need for facilities to address the invisible wounds of war: traumatic brain injury (TBI) and post-traumatic stress (PTS), it was understood that this mission would make a significant impact on service members’ lives. But actually hearing these incredible stories of recovery directly from those who lived them has always inspired us beyond any expectations.

Hearing SSG Todd Domerese (Ret.) and his wife of 21 years Marti Domerese tell it, Todd and Marti would not be speaking to each other, to our team at the Intrepid Fallen Heroes Fund, or to anyone else had it not been for the National Intrepid Center of Excellence (NICoE). In 2012, Todd wanted a divorce, and Marti hired a lawyer. Their family was in a state of uncertainty, and the residual effects of Todd’s injuries from serving his country were at the center of it all.

Todd’s first tour of duty was in 2001, a largely uneventful part of the peace-keeping mission in Kosovo. His second tour began in Iraq in 2004 and changed his life forever. Just before Christmas in December of 2004, Todd’s humvee was hit with two IEDs during a routine patrol. A resulting skull fracture indicated that Todd had sustained a brain injury, now referred to as one of the signature wounds of these military conflicts. However this was 2004, and little was known about the diagnosis or treatment of these kinds of injuries. In fact, there aren’t even official medical records from the initial injuries that Todd sustained. The medics who treated Todd just wrote on his chest with a Sharpie. That was it. That was the only medical record of Todd’s TBI.

Headaches, major emotional disconnect, forgetfulness. Todd displayed many of what we now know to be hallmark symptoms of his injuries; both his TBI as well as undiagnosed PTS. He spent 6 months recovering from his injuries and then continued to serve in the Army. Over the next 7-8 years however, his chronic issues persisted. Doctors’ visits didn’t connect these symptoms as residual effects of his TBI or PTS. Marti would suggest that Todd seek help and treatment for these issues, but Todd would deflect. He simply wasn’t able to face what he was suffering with, and at the time of his injuries he was never required to see a mental health provider, unlike today when that would be a requirement. Then in 2010, Todd was redeployed, this time to Afghanistan.

When Todd returned home from his second tour in 2011, “It brought out the worst in all his emotional issues… He came home and he was not anyone that I or anyone else recognized,” Marti now recalls. Even Todd remembers just how dark that time had become for him, plainly stating, “if I had a gun then I wouldn’t be here today.”

Unable to give up her husband, it was Marti’s intervention that started Todd on his path to recovery. When Todd’s commanding officer invited him to be an Army recruiter, Marti vocalized to him the changes she’d observed in Todd and the challenges he was experiencing. That conversation led to a physical which started the process of Todd’s medical retirement in 2012. During that process, his Nurse Case Manager thought Todd would be a perfect candidate for the recently opened NICoE. 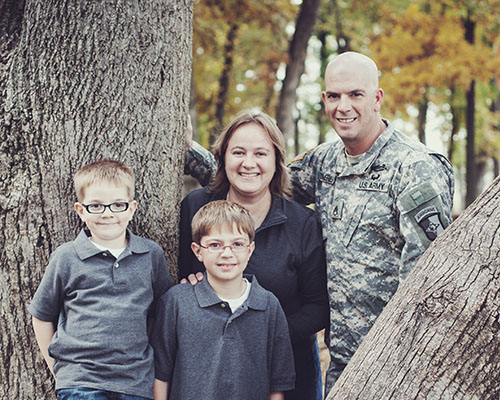 Once accepted into the program, Todd and Marti spent 30 days at NICoE in 2013. They worked with a range of providers, who developed a personalized treatment plan for Todd for his symptoms. Before they even got to the detailed analysis, diagnosis, and treatment plan, NICoE’s building itself struck them as something different. As Marti recalled, “It doesn’t feel like a medical setting… (it’s) a place that wants to grab and embrace you. It’s not white walls, white floors, and sterile. It feels homey.”

One of the foundational pillars of NICoE is the interdisciplinary model of care. Because there are so many different providers that need to see a patient, the intake process is collaborative. For Todd and Marti, that was a relief. Instead of having to tell his story and describe his symptoms over and over again, Todd told his story at NICoE just the one time, to a room full of people who would truly listen and then begin to develop his treatment plan. “Everybody’s on the same sheet of music,” as Todd recalls. “They all hear the same thing as their baseline of where to start.”

From there, the care team got to work and NICoE proved to be a transformative experience for both Todd and Marti. It included a series of firsts for them that highlight just how much has changed in the military approach to addressing these Invisible Wounds of War. The diagnostic tools were more powerful than any others they’d experienced up to that point. Todd’s previous sleep study results showed that he was “fine.” However at NICoE he was diagnosed with sleep apnea. Todd’s hearing tests were always “fine” as well. But at NICoE, his treatment plan showed the need for hearing aids. Then there was the MRI. Todd never had an MRI before visiting NICoE. Even if he had, it probably wouldn’t have shown what NICoE’s did. Regular MRIs take a few hundred pictures. NICoE’s takes 41,000. That MRI also showed that Todd still had shrapnel lodged in his face from those IED explosions nine years before. He had no idea.

Todd’s varied treatment plan included family counseling, neurology, art therapy, music therapy, physical therapy, hearing therapy, vision therapy, acupuncture, speech language pathology, sleep medicine, yoga, and psychiatry. Not every treatment was a home run for Todd, such as acupuncture in his case, but he was willing to give it all a try, which was already proving a hopeful change in his spirit. His time at NICoE helped providers adjust and perfect Todd’s treatment plan, which is still a blueprint for him to this day. He not only left with a specific and personally-tailored treatment plan, but also a biofeedback machine and a sleep-apnea machine.

And as for the providers and staff? Marti recalls, “All the staff is so caring. (We) never encountered a single provider or staffer who wasn’t caring, friendly, kind. It was a joy to get up and go there. Everybody was always receptive.” The staff at NICoE truly knows how important it is to hear and evaluate everything. 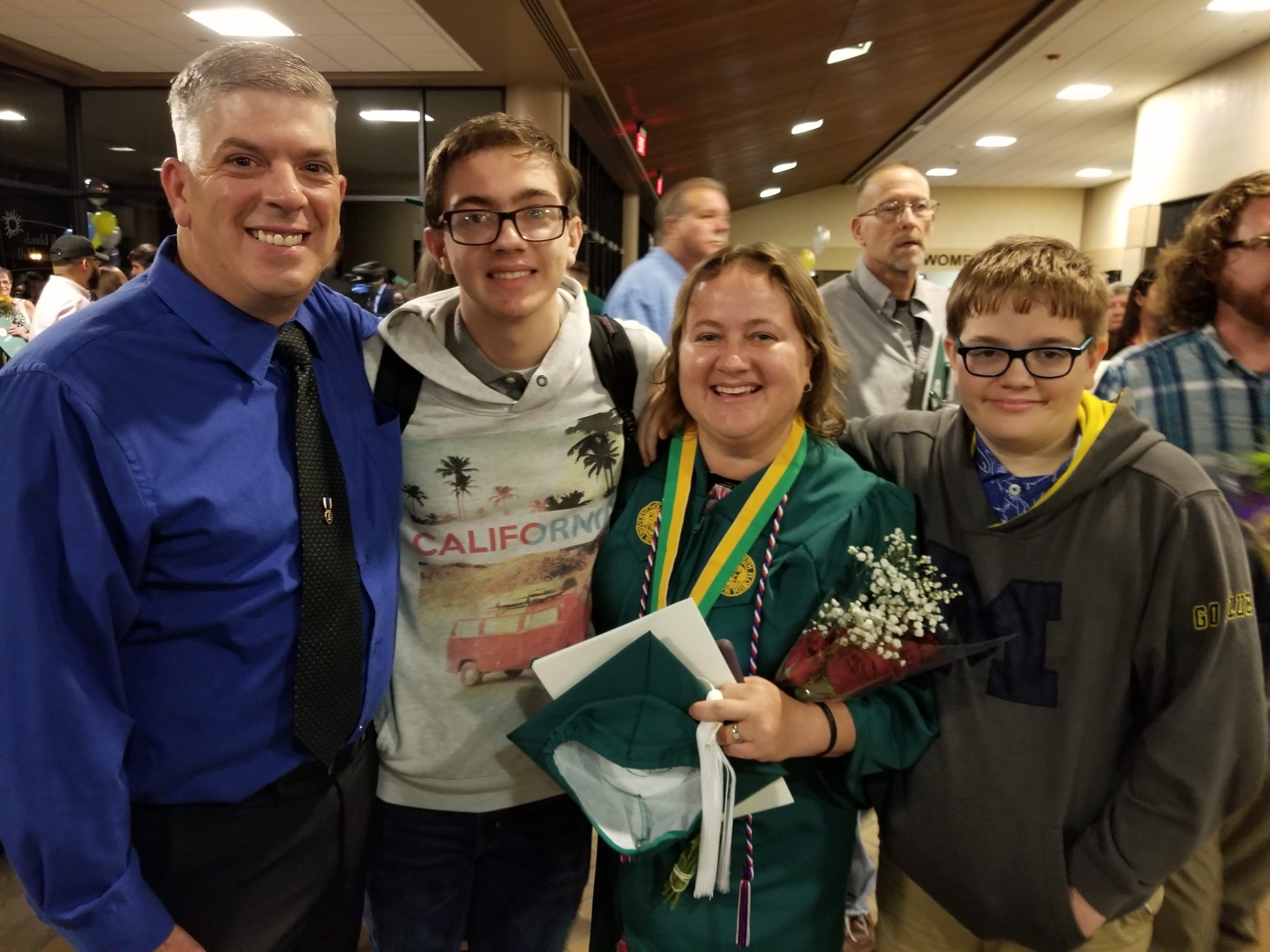 Todd completed his transition out of the Army and into full civilian life in 2013. It felt like a giant weight had been lifted off of his shoulders. But the fight is not over. “He’s not cured, he’s never going to be cured,” explains Marti, “but he’s at least the best he could be.” Todd now has “a full toolbox” as Marti calls it. The knowledge and education Todd carries with him from NICoE equips him for the daily challenges he experiences as a residual effect of his injuries.

Today, Todd, who is medically retired permanently disabled, gets to focus on his family. And as for those stigmas about getting help? “There’s no shame in the game about going to get help.” Marti was quick to add that “Not only did it save Todd’s life, NICoE saved our marriage.”

Learn more about the National Intrepid Center of Excellence (NICoE), which opened its doors to patients in June 2010, or donate today to help more heroes like Todd get the care and hope for the future that they deserve.