From Tackles to Tactical Gear: NFL Players Who Have Served in the Military

A passion for life is contagious and uplifting. Passion cuts both ways … I want to create passion in my own life and with those I care for. I want to feel, experience and live every emotion. I will suffer through the bad for the heights of the good.
― Pat Tillman

This weekend, many will gather around their TV to watch the big game with friends and family. To commemorate those who serve our country and in honor of this “national holiday” for sports fans far and wide, we wanted to highlight NFL athletes who have served in our great nation’s military. A big “thanks” to these NFL players for their service! If you would like to help us support our nation’s heroes, donate to the Intrepid Fallen Heroes Fund today! 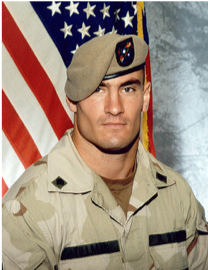 Pat Tillman, Army
Arizona Cardinals, Safety
Starting his NFL career with the Cardinals in 1998, Tillman put his career on hold to enlist in the U.S. Army in 2002 after the September 11 terrorist attacks. A true American hero, Tillman sadly lost his life in Afghanistan in 2004. 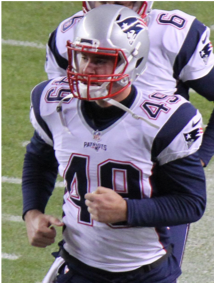 Joe Cardona, Navy
New England Patriots, Long Snapper
As the fourth pure long snapper in the history of the NFL, Cardona officially signed with the Patriots in 2015. Cardona graduated from the U.S. Naval Academy as an officer, where he was a four-year starter of the Navy football team.

Glen Coffee, Army
San Francisco 49ers, Running Back
After a successful college football career, Coffee was drafted by the San Francisco 49ers in 2009. With an early retirement, he enlisted in the U.S. Army in 2013 to later become a paratrooper at the Ranger School. 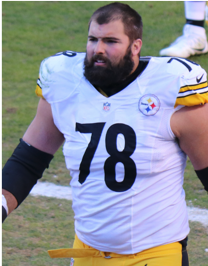 Alejandro Villanueva, Army
Pittsburgh Steelers, Offensive Tackle
Born into a military family, Villanueva signed with the Steelers in 2015 after a short stint with the Philadelphia Eagles. Before that, he was commissioned into the U.S. Army in 2010 as a second lieutenant, where he was deployed to Afghanistan as a rifle platoon leader.

Chad Hennings, Air Force
Dallas Cowboys, Defensive Lineman
After being twice awarded the Air Force Achievement Medal after this two deployments to the Persian Gulf, Hennings joined the Cowboys as a 26-year-old rookie. He retired in 2000 after a successful nine-season career. 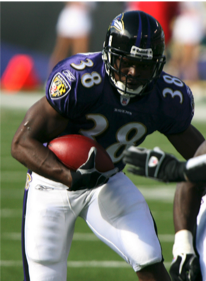 Mike Anderson, Marines
Baltimore Ravens, Running Back
Anderson served four years in the Marine Corps where he played on the 11th Marines football team. Starting his football career with the Denver Broncos, Anderson was picked up by the Baltimore Ravens in 2006. 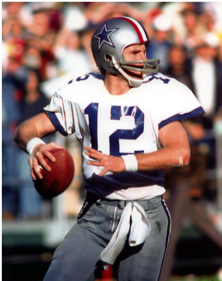 Roger Staubach, Navy
Dallas Cowboys, Quarterback
Staubach served in the Navy after graduating from the Naval Academy as the first to be directly commissioned into the Supply Corps. He returned from Vietnam in 1967 and attended the Cowboys rookie camp during his annual military leave. Staubach led his team to its second Super Bowl in 1977, and he retired in 1980.

Did we miss your favorite someone? Let us know on Facebook!