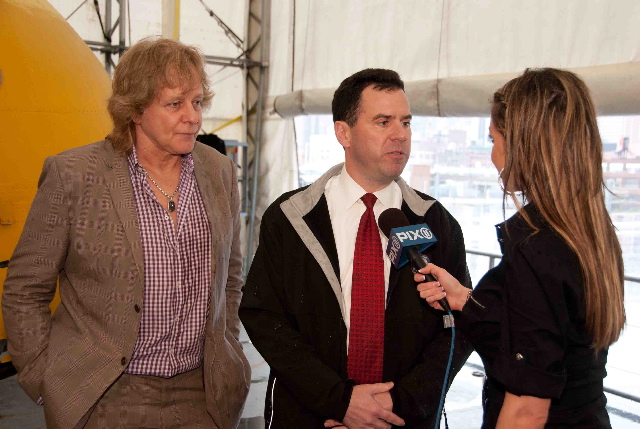 New York, NY (May 24, 2011) – Eddie Money and the Intrepid Fallen Heroes Fund have announced a partnership between the legendary rock star and the not-for-profit organization that supports the men and women of the United States Armed Forces and their families.

Eddie’s new single, “One More Soldier Coming Home” – which goes on sale on Tuesday, May 24 – is a tribute to our men and women in uniform who have lost their lives while serving the United States.  It will be available beginning May 24 at www.eddiemoney.com and through all other major digital distributors, with 100% of the proceeds it generates going directly to the Intrepid Fallen Heroes Fund.

Eddie Money, whose hit songs include “Take Me Home Tonight,” “Two Tickets To Paradise,” and “Baby Hold On,” served as a New York City Police Officer in the late 1960’s before embarking on a career as a musician.

“I feel incredibly honored to be working with the Intrepid Fallen Heroes Fund, an organization that has done so much to support the men and women who serve our country,” said Eddie Money, during a visit to the Intrepid Sea, Air & Space Museum in New York. “Many of my fans have sons and daughters who are currently risking their lives while stationed overseas, and I feel like this is my way of thanking them for everything they do.”  Money, whose father and brother were also New York City Police Officers, added, “I’ve spent my entire life surrounded by service people, so it’s great that I have an opportunity to give something back.”

“We are honored to have the support of Eddie Money, who has always been a friend to men and women in uniform,” said David Winters, President of the Intrepid Fallen Heroes Fund. “Our military and their families continue to need the support and encouragement of the American people both while they are deployed and after they return home. We’re sure Eddie’s involvement will motivate more people to help our veterans.”

The partnership will also include a collaborative t-shirt, which will be sold at Eddie’s concerts, as well as on www.eddiemoney.com.  A portion of the proceeds from the sale of this shirt will also be given to the Intrepid Fallen Heroes Fund.  Additional collaborative efforts will be announced in the coming months.

Eddie Money, whose hit songs include “Take Me Home Tonight,” “Two Tickets To Paradise,” and “Baby Hold On,” served as a New York City Police Officer in the late 1960’s before embarking on a career as a musician.