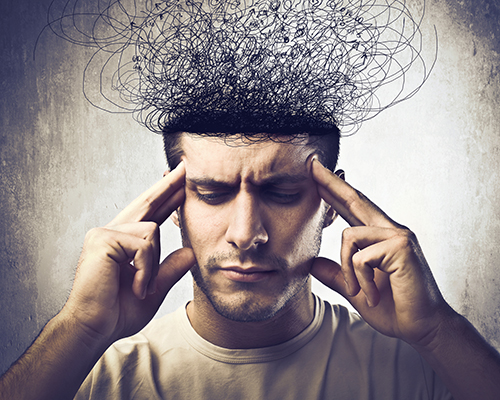 One of the latest breakthroughs in post-traumatic stress (PTS) treatment comes from a study that wasn’t even studying PTS. The study was focused on ways for us to “declutter” our brains; exploring ways to do away with the thoughts and fixations that don’t serve a purpose but just won’t get out. As one of the researchers said, “Once we’re done using that information… we need to let it go so it doesn’t clog up our mental resources to do the next thing.” This heavily applies to people suffering the effects of PTS, and hopefully the findings can soon be applied to PTS treatments.

To properly conduct this study, researchers had volunteer subjects get into a functional magnetic resonance imaging machine (fMRI). What’s a fMRI? It’s best considered to be a more advanced type of MRI. Where a standard MRI shows the structure of the brain, an fMRI shows both the structure and the activity of the brain. In studies such as this one, the fMRI allows researchers and doctors to not just see the brain, but watch how the brain is reacting to different prompts.

Allowing new ideas to come into the brain requires making room for them. The study focused on how to proactively make room for new ideas. Researchers applied three words meant to help get rid of thoughts in the brain: “clear,” “replace,” and “suppress.” Clearing thoughts is akin to mindfulness meditation (in mindfulness meditation, [people] are told to focus on their breathing instead). In the case of using the word “replace,” volunteers were given another completely different term/idea to put in the original one’s place. And for suppression, volunteers were first told to focus on the thought, and then instructed to focus on not thinking about that thought.

By experimenting with these three key phrases, researchers were able to observe patterns in the volunteers. No result proved perfect, but each did indicate progress. When using “suppress” researchers noticed that it took longer for volunteers to forget their prompt, however when they did forget it more effectively made room for a new thought. Both “replace” and “clear” caused a quicker fade of the prompt, but it didn’t fade as completely as with “suppress.”

So what does all of this have to do with PTS? These techniques have the potential to be used in the treatment of PTS in the future. With more research and testing, it may be found that these keyword association tasks could help address the recurrence/re-experiencing which are hallmark symptoms of post-traumatic stress.

Since this study didn’t focus exclusively on PTS, the results require more research into PTS-specific cases. However, experts are saying it could prove to be promising and impactful in addressing and treating the effects of post-traumatic stress.