D-Day: The Beginning of the End of the Second World War 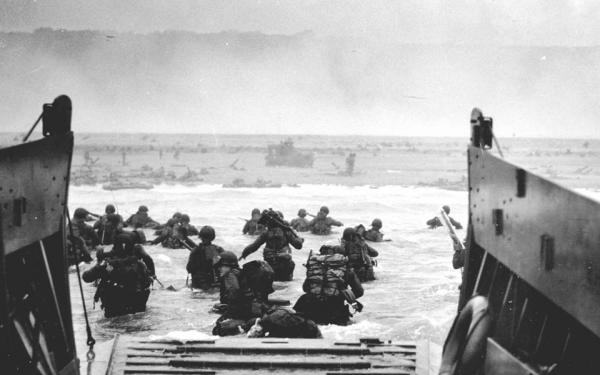 This year marks the 73rd anniversary of the day that turned the tides of the Second World War. Early in the morning on June 6, 1944, under the command of General Dwight D. Eisenhower, some 156,000 Allied troops stormed five beaches along a 50 mile stretch of French coast in the Normandy region. The day has been dubbed the beginning of the end of World War II and is most famously known as D-Day.

The operation was codenamed “Operation Overlord” and was scheduled to take place on June 5, but bad weather pushed the attack. A promising forecast for the following day made Eisenhower give the go-ahead to his troops. By sunrise on the sixth, thousands of paratroopers were behind enemy lines in Normandy securing bridges and exits.

At 6:30 a.m. American, British and Canadian troops landed on the beach, marking the largest military operation involving forces landed from the sea in history. The British and Canadian forces made their way inland facing little resistance, but the Americans faced heavy opposition at Omaha Beach, resulting in more than 2,000 casualties.

German forces believed the attack would be coming to a different location and the confusion led to delays in counterattack assistance. By June 11, 1944, the Allied forces had fully secured the beaches and 326,000 troops along with vehicles and equipment had landed at Normandy.

Following the Battle of Normandy, the Allied forces were ready to begin their march into Germany where they would face Soviet troops moving in from the east. In the following spring on May 8, 1945, Allied forces accepted the surrender of the Nazi’s, ending World War II.

D-Day casualties have been estimated at 10,000 soldiers wounded, killed or missing in action.  This year, take the time to thank a World War II veteran and honor the young men and women who gave their lives to rid the world of fascism and tyranny all those years ago.