The suicide epidemic in the United States military is the most immediate problem facing our armed forces today. Much media attention has been given to our brave veterans and the struggles they have faced reintegrating to civilian life, and rightly so. Yet, recent news related to a new measure signed by President Trump did not mention the alarming rate at which this crisis plagues active duty service members as well — not veterans alone.

It’s a slight distinction, but an important one. Active duty service members eventually become veterans and reintegrate into our society. Being able to treat them while they are still active, will help to eliminate this crisis.

Since 2000, close to 400,000 service members have been diagnosed with Traumatic Brain Injury (TBI) according to the Department of Defense. While there is no single cause to this problem, we know that Post-Traumatic Stress (PTS) and (TBI) are the signature injuries of the wars in Iraq and Afghanistan. These injuries are difficult to diagnose and treat, and early diagnosis and treatment increase the chances for recovery. Left unchecked, these issues will continue to affect our heroes and their families not just while they serve our nation, but for decades to come.

The Intrepid Fallen Heroes Fund (IFHF) and the Department of Defense leadership recognized the significant challenge presented by the staggering numbers of military personnel who were suffering TBI injuries and PTS, many from combat in Iraq and Afghanistan. They both felt this needed to be addressed, resulting in the opening of the National Intrepid Center of Excellence (NICoE) in 2010.

Following the opening of NICoE, the Intrepid Fallen Heroes Fund launched its current effort: building Intrepid Spirit Centers to serve as satellites to NICoE to extend care to the home base of many of the troops suffering the effects of TBI and PTS. 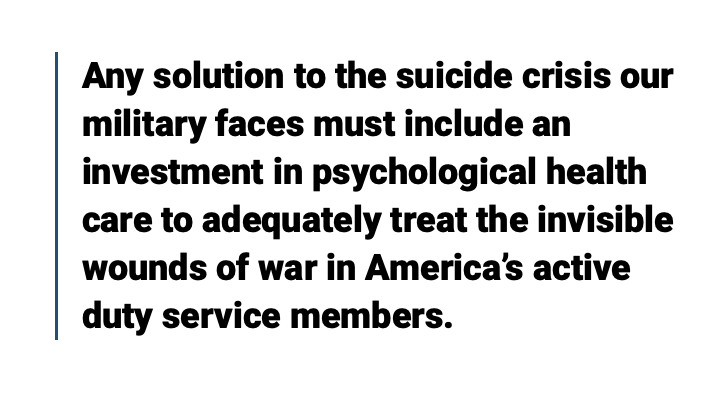 On Thursday, May 2, the Intrepid Fallen Heroes Fund will be breaking ground on a 25,000 square-foot facility at Eglin Air Force base in Florida, which will diagnose and treat Traumatic Brain Injury (TBI) and Post-Traumatic Stress (PTS) in regional active duty service members. Eglin’s new Intrepid Spirit Center will be equipped with the latest in brain technology and treatment facilities, and be the eighth in a series of ten centers built by the IFHF and located at military bases around the country. These centers act as gymnasiums for the brain, providing service members with the most advanced care available to address the complex symptoms of TBI and PTS.

Experts at each center provide specialized care using traditional methods, such as neurological exams, physical therapy and sleep studies, combined with integrated health treatments, including acupuncture, yoga, mindfulness, art and music therapy. With centers built at military bases around the country, being able to treat our heroes closer to their homes where they are surrounded by their family, has been shown to be much more effective. In fact, this model of care has enabled more than 90 percent of patients to continue on active duty with many of their symptoms reduced or controlled.

As a nonprofit organization, the Intrepid Fallen Heroes Fund is capable of building the centers quickly, making them available to treat patients. Since the centers are privately funded, they provide a way for individual Americans to personally support those who have sacrificed so much in service to our nation.

Thankfully, we are able to build these centers because of the continued generosity of the American people. After they are operational, we turn them over to the Department of Defense to run.